In an epistle extolling the Ridván Gardens outside of ‘Akká — more on which in a future post — Bahá‘u’lláh wrote that “God’s power and the perfection of His handiwork could enjoyably be seen in the blossoms, the fruits, the trees, the leaves and the streams.” In that spirit, the time spent out in the various “Bahá‘í Gardens” was an integral part of the spiritual experience of the pilgrimage — linking physical sensation with spiritual “praise” of creation †. No matter how handsome the building, I will always feel most alive and aware in natural (or semi-natural) settings.

It strikes me that Western development since the time of the Romans has primarily seen “sacred space” as enclosed by walls and a ceiling. But for many cultures, historical and modern, the sacred is found in the open. For me, these gardens — and those at other Bahá‘í sites in Israel — have managed to embrace the unbounded-quality of the word “space”. Further, they have done so in a manner that increasingly attempts to balance out our notions of the manicured and tamed nature with more naturalistic landscape architectures.

Most pictures of the Terraces on Mt. Carmel show the highly-groomed (and beautiful) central section. But these photos show the natural landscapes that have been developed on their flanks. These areas are attracting wildlife back to this northern side of Mt. Carmel, including many species of birds, locally rare bats, reptiles, and we have it on good authority that there are hedgehogs, jackals (I found two game trails that were probably made by the jackals), and even a wild boar recently. Naturally we had difficulty ID’ing the birds, but positive ID on Hooded Crow, White-Spectacled Bulbul, Palestinian Sunbird, European Robin, Eurasian Blackbird, Laughing Dove, Grey Wagtail, Blackcap, Eurasian Collared Dove, Sombre Tit, Ring-necked Parakeet in the Terraces and related grounds, and suspected Yellow-Browed Warbler and Tawny Pipit and a few other unknowns. And of course the ubiquitous Rock Pigeon. 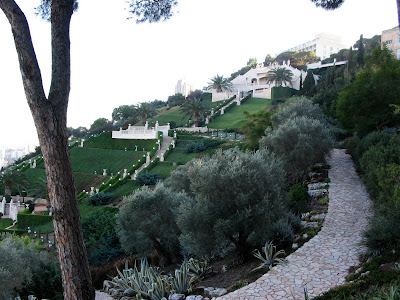 From an observation platform to the west of the terrace 18 you can get a sense of the gradient from manicured grasses to native vegetation. 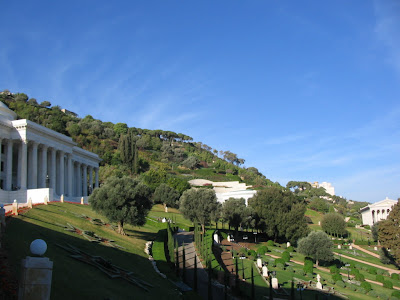 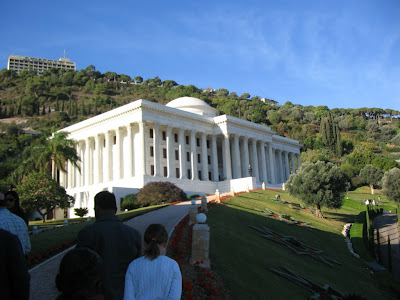 Seat of the Universal House of Justice. The lands behind it, to the barely-seen railing below the hotel, are part of the Bahá‘í properties. 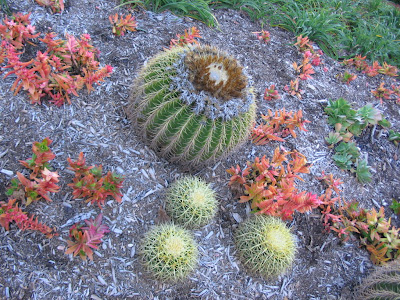 Succulents on the Terraces 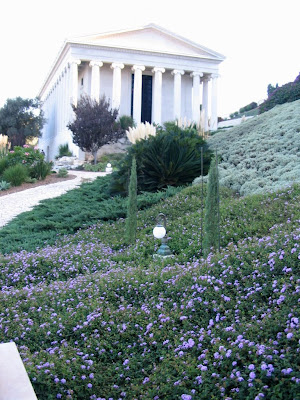 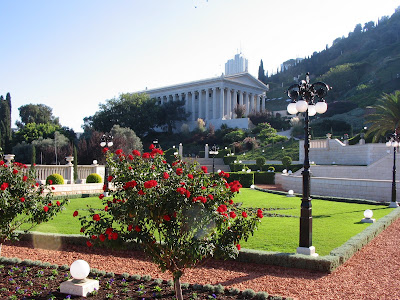 View of the International Archives Building from the 12th Terrace 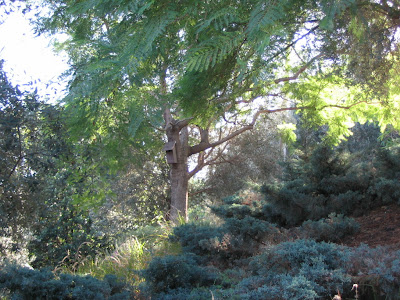 A bird house on the edge of the terraces 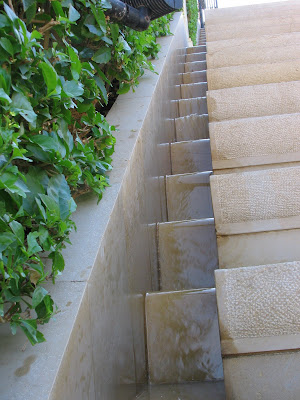 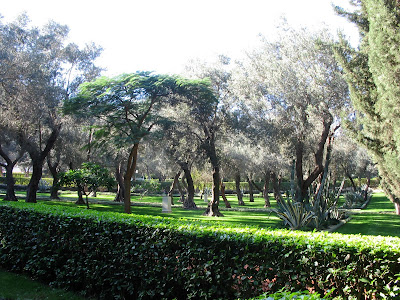 Olive grove next to the Shrine of the Báb

These photos are all from the Bahá‘í terraces and gardens on the northern slope of Mt. Carmel, in Haifa, Israel.

† “creation” being for me a symbolic term for the current result of the on-going processes of evolution.