The news has been going around: “refactoring doesn’t work,” say researchers. Code quality does not improve. It isn’t worth the time and effort. Here’s why I don’t buy it — why the research is fundamentally flawed and real software groups should ignore it. 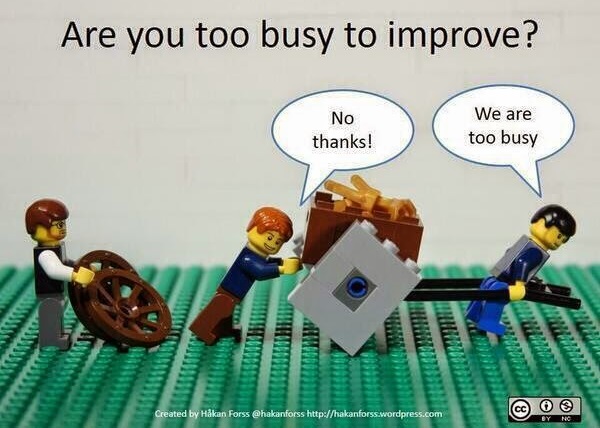 The study’s aim was to evaluate the use of refactoring techniques to improve code quality and maintenance. In brief, they conclude that “there is no quality improvement after refactoring treatment.” Their analysis is based on computed code metrics (static analysis), performance, and perceived maintainability. The conclusion, however, is based solely on the code metrics, as the other two factors did not show statistically relevant changes.

The research was carried out in an exercise where students applied a small set of standard refactoring techniques to an application used at their university.

I look at code metrics from time-to-time, and have written company standards on which metrics to look at and what thresholds to be concerned about. That is, I’m not opposed to metrics. Nevertheless, the use of code metrics is problematic in this paper. Let’s look at each metric, which was calculated with Visual Studio’s built-in tools:

Depth of Inheritance no change. Draw!

Class Coupling increased. Lose! On the other hand, more classes probably means that the code is better structured. I can only speak subjectively, but on its face, I cannot see anything negative about 7% increase in class coupling.

Lines of code increased. Lose! Measuring lines of code can be helpful in identifying methods and classes that are “too big” and need to be split up. But otherwise it is not helpful. Refactoring often means creating new classes and methods. Visual studio does not count the brackets {} for these - but each new class and method has a signature, and that signature does count.

Duplication was not measured, because Visual Studio does not calculate code duplication. This might have been a truly useful metric, particularly since one of the primary goals in refactoring is to remove code duplication.

Code Analysis Warnings were not measured, perhaps because they were simply overlooked. Refactoring should aim to eliminate common errors and warnings reported by static code analysis tools, such as FxCop, which is built into Visual Studio.

Performance. It is generally a given that you refactor for maintenance, not for performance. It is well known that performance problems sometimes require brute force solutions that are not as maintainable. In other words, this is an acknowledged tradeoff anyway.

Changeability. There is some legitimate criticism that less experienced programmers will have a harder time reading nicely object-oriented code. Thus less experience programmers, such as university students, may rate the changed code as less easy to maintain. Since programming teams typically have a mix of experience, this is very relevant. Each group should assess on their own which refactoring techniques actually tend to improve their codebase.

The benefits tend to be subtle. Some of the most-used techniques focus on clear naming conventions and on removing duplication. The benefit to these two are most apparent when fixing bugs - something that was not explored in the paper.

It is not my intention to bash the authors. The choice of topics is probably a good one, but the skimming through the paper, the authors’ lack of experience in real world programming is apparent. Authors who promote refactoring, such as Martin Fowler and “Uncle” Bob Martin, have spent decades in the consulting field. As such, they’ve worked with a wide diversity of companies, codebases, and programmers. At the risk of sounding anti-white tower: I trust their real world experience over university lab experience.

Ultimately, each group should decide on their own how and when to incorporate code refactoring into their daily habits. For many teams, it is simple as the old Boy Scout rule: leave the code cleaner than you found it. Take “silver bullet” promises with a grain of salt, but don’t allow a well-intentioned but poorly-constructed study to dissuade you from good engineering practices.

This is good stuff Stephen. I believe that you can probably find research to back any viewpoint, and those who cannot can certainly create their own. And I wonder as well if the researchers just wanted to have a result that would be considered at least somewhat controversial. I agree with you that the experience of the researchers is no where near the level of those in the trenches day-in and day-out, and frankly what you get from refactoring is only as good as the knowledge and effort of those doing the refactoring. If the refactorers (is that a word?) don’t have much experience, they probably aren’t going to improve things much.

I also feel that the true value of a lot of refactoring isn’t terribly objective. Sure, you can perform code analysis before and after and see what it says, but there’s a subjective side - experienced developers can look at the code and they just know that it’s better code. There’s no good way to measure that - how do you truly measure “maintainability” of code? How do you measure “ease of understanding”? And that one is different between experienced and inexperienced developers.

In the end, the reasons for refactoring should be more about keeping the code fresh, current, and leveraging current practices and standards. The refactored code may not “measure” differently according to the metrics, but it will still be better code.