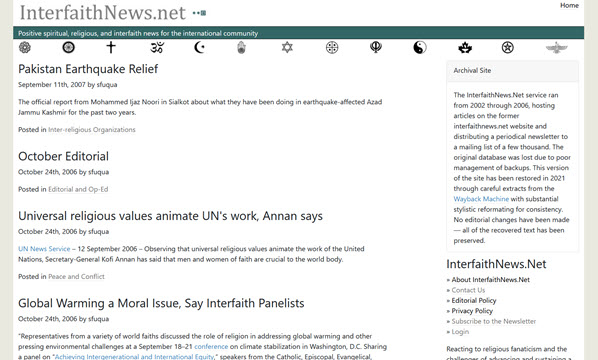 “Reacting to religious fanaticism and the challenges of advancing and sustaining a more equitable civilization, a global interfaith movement has sprung from the grassroots of religion and spirituality. InterfaithNews.Net (INN) seeks to chronicle this movement by focusing primarily on positive interfaith and religious news, events, and resources.”

That was the mission of a little newsletter and website that Joel Beversluis and I started, with support from the North American Interfaith Network (NAIN) and the United Religions Initiative (URI), in 2002. Would that I could remember where he and I first met; perhaps at the URI North America summit of 2001 in Salt Lake City. Regardless, our time of collaboration was all too short.

By winter of 2002, he dropped out of contact; I was only to learn why when I heard of his passing in March of 2003: cancer. He left behind a grieving family, friends, and countless acquaintances. Those of us who knew him from interfaith work were inspired by his dedication to publishing and distributing books and articles that promoted inter-religious co-existence; the Sourcebook of the World’s Religions remains a magnum opus with its broad coverage of religions primarily from the voices of practitioners.

What could I do but carry on? Though I did not have his media resources or contact network, for four more years I tried to continue this legacy. From time to time I would have editorial help from a few other collaborators, but I did not know how to nurture those relationships and was all too used to going it alone. So I would mine the URI and NAIN mailing lists, Worldwide Faith News, Religion News Service, and other sources for whatever material I could find that was interfaith / inter-religious and (generally) represented cooperation and dialogue, rather than animosity and division.

By the summer of 2006 my responsibilities in the local Bahá'í community had increased and my time for interfaith work consequently diminished. Thus the October, 2006 electronic newsletter was the last. There was one more article in 2007, and then &helllip; a regrettable mistake: I cancelled the Internet hosting and lost my backups. Like so many other web sites over the years, it was lost to the world.

Fast forward: some muse breathed into me a desire to look through the site again. And I remembered: the Wayback Machine, which is an attempt to capture the whole of the World Wide Web. Here I could find, in imperfect form and detail, old copies of the site. As a digital anthropologist, I have cleaned and restored all that I could. No new life has been breathed into it; it is merely a memorialization, a museum-ification, of what had once been an important part of my avocational life.

At last, in time for 2022, the memorial is complete: https://www.safnet.com/inn 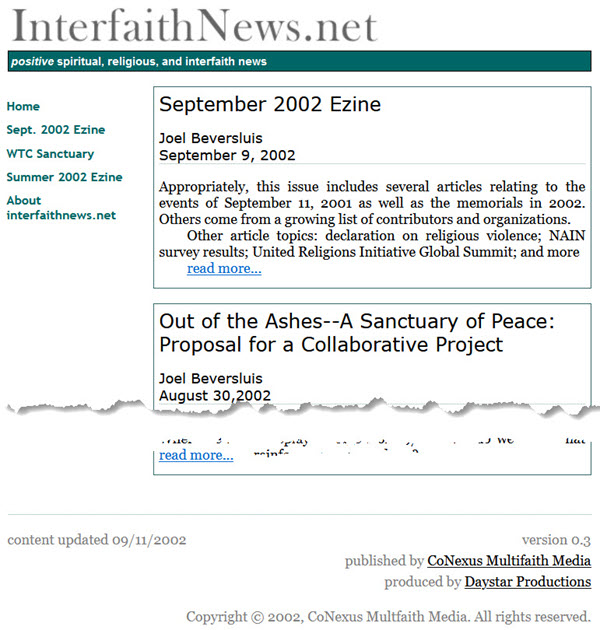 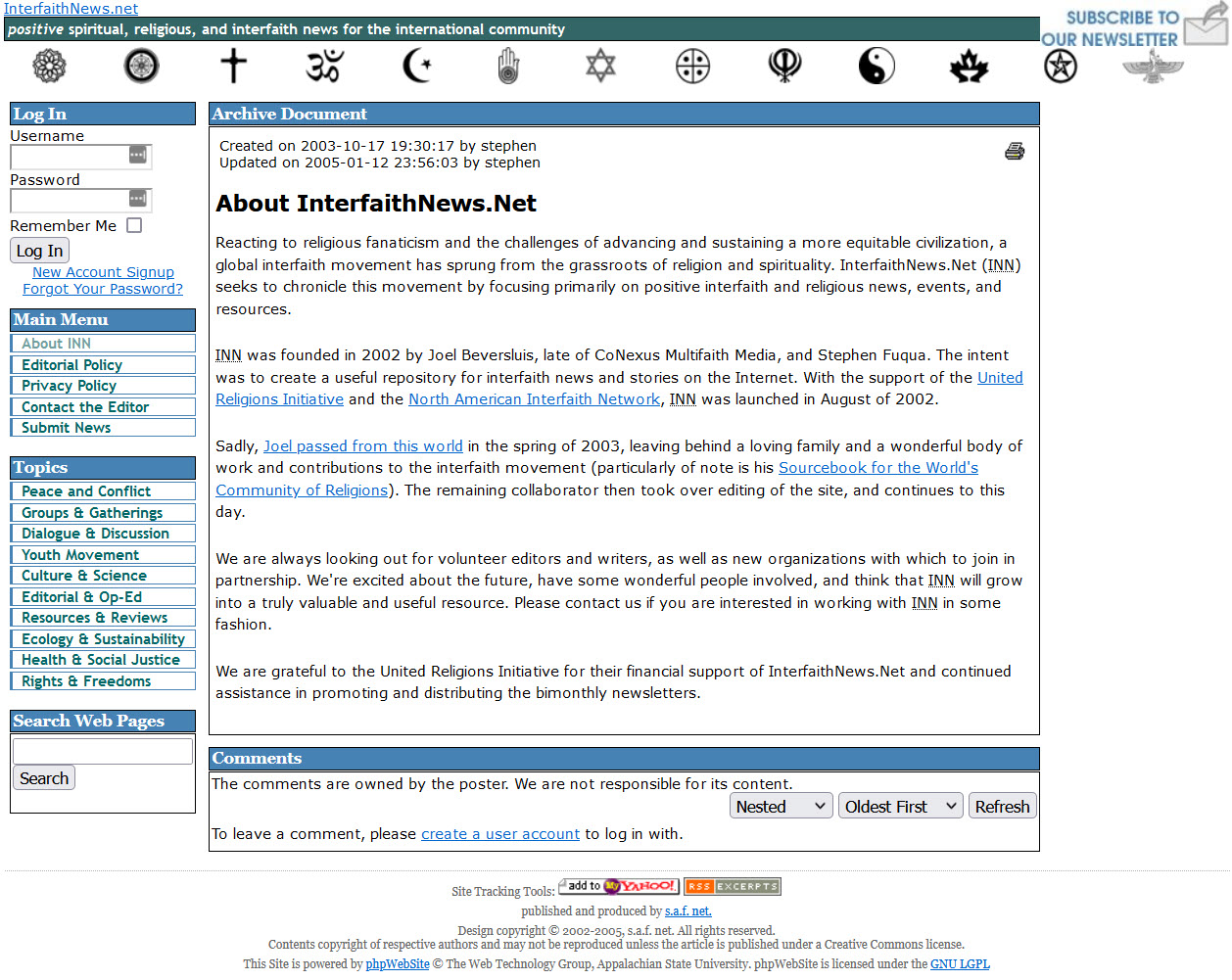 The third design looked much like the current memorial design at the top of the page.

Posted with : On the Subject of Religion, Social Discourse