Its 39° F outside on October 17, 2004 in Saint Paul, Minnesota. One year ago, in Austin, Texas, the low temperature was 63 with a high of 83. That is a middling temperature for October, on the low side. Halloween hit 90° (admittedly a record high). Today I saw snow flurries, something I saw once this past winter in Austin. I’m really in for it this year. 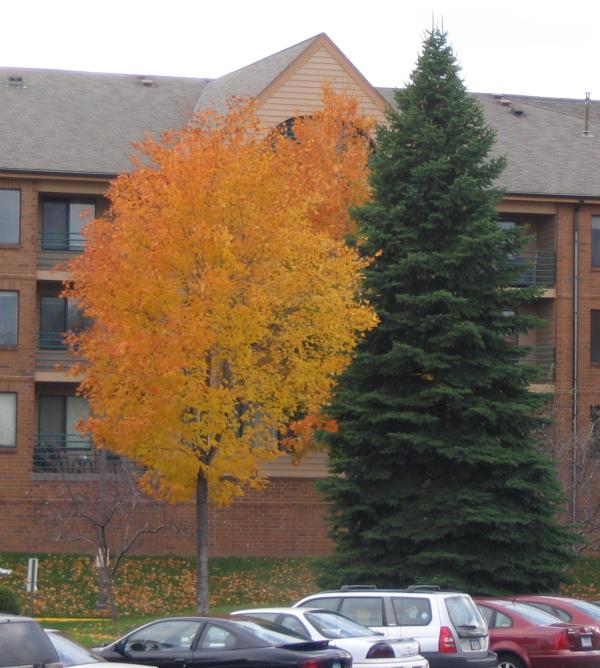 While I have a solid intellectual understanding for what I’m in store for in my first northern winter, I readily recognize that such an understanding will not prepare me for reality. And this past week had gone to prove that.

With the last several days’ temperatures hovering in the 30’s, the weather has been brisk but tolerable. I don’t have a problem with 30’s, though I don’t like 15+ mph winds as we had yesterday. And I knew that I would get these temperatures earlier in the fall and later in the spring than in Austin, naturally. But I was not prepared for them in mid-October. I was expecting 50’s and 60’s. 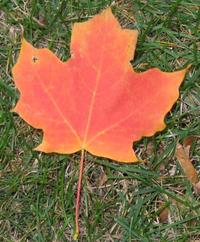 Thankfully the warmth will be back this week, relatively speaking, as we’re supposed to get up to about 60°. But flurries? And sleet? I remember calling my mother back in February to say “I think it’s sleeting! I haven’t seen sleet in 8 years” (some number like that). And now I’ve been sleeted upon twice (also Friday late afternoon).

In 2003 in Austin the temperature dipped below freezing on 12 days. At the airport outside of town this occurred probably 20 times, but I don’t count those because I was inside of town. Thus far this month it hasn’t technically reached freezing, but it has gotten down into the mid-thirties on 8 days so far.

But at least the leaves are beautiful =). There’s something to be said for that. Austin had a few leaves change, but nothing spectacular. Sadly we’ve not been able to get out of town, so we’ve not been able to see the grandeur that exists both to the north- and south-east of the city. Nevertheless there are many gorgeous trees in town. 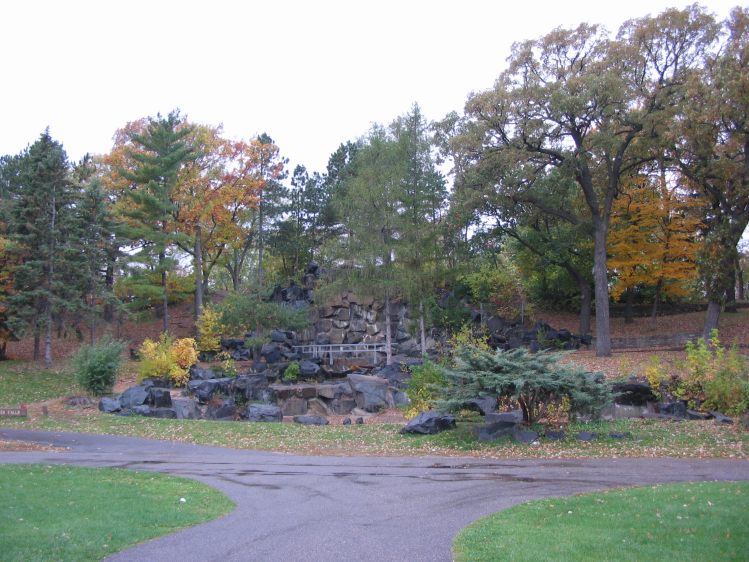