Degradation and Upliftment in Literature 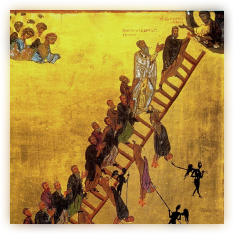 What books leave you feeling misanthropic? And what books lift your spirit, restoring a sense of faith in humanity? In this household we are currently reading Crime and Punishment and Mockingjay, which, in some unremembered way, triggered this discussion. Reviewing the many books we have read in common, we came up with a short list of those at the pinnacle for us. We ruled out anything too obvious, e.g. no dystopian novels, and no… well, I guess we don’t even know about novels that are deliberately or obviously uplifting. I presume they exist, but I couldn’t tell you the name of one.

Not surprisingly, this first category was easier than the second. They left us better understanding the dark side of the human spirit, better understanding other cultures, and better understanding the zeitgeist of the particular setting. They also left us with a bitter feeling toward our kind. The use of language was beautiful in all three cases, and indeed the novels are all technically brilliant; yet, it is unlikely that we will return to re-read these in the next decade or more.

Honorable (or otherwise) mentions: Doctor Zhivago by Boris Pasternak, The Mists of Avalon by Marion Zimmer-Bradley.

While the degradation tended to be realist fiction (or magical-realist), these are (with one exception) decidely not. Let us not deconstruct that fact here and now.

Honorable mention: Speaker for the Dead by Orson Scott Card (disqualified because only one of us has read it). Certain themes in the works of Charles DeLint.

Coda: despite the darkness, I found the Hunger Games trilogy more uplifting than expected. Perhaps more on that later.