On Religious Leadership, and the GreenFaith Fellowship

An essay submitted as part of my application to the GreenFaith Fellowship Program. Hopefully I put my best foot forward ;-).

There are no clergy in the Bahá‘í­ Faith. There is no seminary, and none can seek a position of leadership based on education, attainment, or station. Its governance is egalitarian and progressively inclusive. And yet it is inaccurate to say there are no leaders.

There are always those who stand out — for a day, a year, or a lifetime. These leaders emerge from the community based on the service they render. For those with the capacity to serve, there is no room for choosing to become a leader: either you live into your God-given potential, or you hold yourself back artificially. 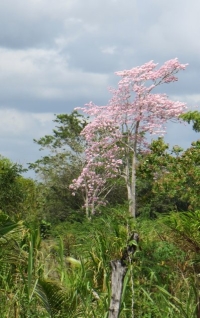 I did not grow up in the Bahá‘í­ Faith, having adopted it as a teenager in 1994. Though there were local role models in those early years, my first significant exposure to religious role models came through participation in the United Religions Initiative (URI), beginning in 1997. These were a diverse mixture of traditional clerical leaders and spiritual activists, exploring the idea that the religions needed an international forum for advancing the cause of peace. The passion, care, love, humility, appreciation, and most of all dedicated service to humanity was and continues to be an inspiration to me.

My attendance was made possible by a deliberate outreach: the organizers, seeking to bring many voices and perspectives into the URI Charter-building process, realized that bright-eyed, idealistic youth were needed. A call for participants went out, a call that found a student of physics and philosophy, one who was utterly without a clue about organizational development but who was nonetheless eager to engage in dialogue with his elders. A key lesson from this experience was the need for intentional diversity and inclusiveness.

From 1997 to 2008 I was engaged with global and regional URI bodies as a participant, volunteer, and eventually part-time staff. By 2008, I realized that my effectiveness was hampered by lack of community-based experience. Combined with increasing service opportunities within my own Faith, it was time for a change. I stepped back from the URI in order to go local.

In my childhood, concern for the environment came before concern about spirituality. In college I strayed into the abstract and slowly came back to earth. I dropped philosophy, and particle physics led me into programming. For many years, I knew that recycling and minimizing my personal impact were not enough. Ecology, spirituality, and the peace-centered activism of the URI needed to be stitched together in some fashion. But I struggled to uncover a path.

In the 00’s, my wife and I moved from Texas to Minnesota so that she could study Conservation Biology. Many conversations during those years touched on human-centered ecology: not because humans are more deserving than polar bears, but because leaving people out of the conservation calculus costs the movement grassroots support and effectiveness. After returning to Texas, I decided to find a way to incorporate this understanding into spiritual activism.

In April 2012, I joined an “Earth Day interfaith dialogue.” The follow-up meeting found me volunteering to help sustain the momentum. Eventually, we became the Dallas chapter of Interfaith Power & Light, “promot[ing] love, justice, and care for creation through local action, education, and dialogue about climate stewardship.” Two GreenFaith Fellows were instrumental in getting us started: Genny Rowley, at the time a doctoral student who became my Co-Chair, and Yaira Robinson, Associate Director of the Texas Interfaith Center for Public Policy. Among other things, they have shown me that anthropocentric ecology must be rooted not just in science, but also in active concern for the needs of the disadvantaged.

Coming full circle on those earlier interfaith experiences, I see that our local efforts need to be more consciously inclusive. It does not suffice to “do good for others” if those “others” are not at the table to help shape that “good.” As a servant-leader, it is my hope that the GreenFaith Fellowship will strengthen my ability to engage in dialogue and action with people from diverse religious and social backgrounds.

Brown Pelican, precariously perched, on a small caye off the coast of Belize (Hopkins area)

The folks in the URI were, for me, the first public face of true service. Within my own community I began to notice the private side of service. One man’s quite determination to provide a simple but delicious meal of rice and beans, during a retreat hosted by his wife, was particularly moving. Service, I realized, can come from anyone at anytime, and it is equally important whether guiding a discussion or attending to the comfort of the attendees.

Those quite acts were my inspirations as I began actively participating in the life of the community, whether cleaning up after a service or consulting on community affairs. Eventually the call for institutional service caught up with me, and I have been elected to serve on Bahá‘í­ Local Spiritual Assemblies for the past nine years. These institutions address the administrative and pastoral needs of the community, acting as “loving shepherds” and working to become the “trusted ones of the Merciful among men.” The members are skilled, but not professional, administrators. Their time is limited, their formal constituencies are small but highly diverse, and their priorities have been rightly focused on nurturing the development of united, caring, outward-oriented spiritual communities.

The Universal House of Justice, which is the head of the Bahá‘í­ Faith, has made clear that environmental degradation and climate change are worsening threats to the prosperity and well-being of humanity. Translating understanding into action at the local level has been a slow process. Yet the authoritative call for action is clear, and the worldwide urgency apparent: humanity must re-orient itself with respect to consumption, justice, and treatment of natural resources.

The desire to build capacity for service within my faith community, whether acting in an administrative capacity, giving a talk on climate change, or helping to “green” Bahá‘í­ facilities, is a second motivator for my application to the GreenFaith Fellowship.

Posted with : Social Discourse, On the Subject of Religion, Nature, Sustainability, Environment, Wildlife