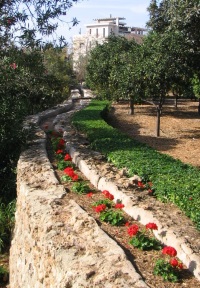 A small group gathered at the Bahá‘í­ Center of Irving last night in our second meeting on the discourses of society, reflecting on climate change. The first meeting in the series was too much of a slide-based lecture, so for this second one we chose two videos and facilitated an open discussion. The conversation was robust, heartfelt, and meaningful — yet in reflection, it raises some key questions about how to have a productive, spiritually-oriented conversation.

After sharing a few prayers, we watched Bill Moyers’s interview with the noted climate scientist and evangelical Christian, Dr. Katherine Hayhoe. This piece was chosen as a good way to bring up both the science and faith-based sides of climate change. And it certainly stirred up conversation. A few of the points I took note of:

The item in bold was an important reminder that we cannot afford to wallow in hand-wringing and deprecation of society. In reflection: should the evening’s moderator have done more to steer the conversation toward constructive, action-oriented analysis? Another point of reflection: while several points were raised that touch on Bahá‘í­ beliefs, the meeting should have been framed with a brief introduction that included the passages from the Universal House of Justice, which were cited in that first presentation, as well as at least one passage from Bahá‘u’lláh, such as

“Be anxiously concerned with the needs of the age ye live in, and center your deliberations on its exigencies and requirements.”

Before closing, we watched the remarkable video presentation of Kathy Jetnil-Kijiner’s poem promising her baby that she and her fellow Marshall Islanders would not become climate refugees. It is perhaps the most evocative and stirring call to action that I have encountered. Following this, some of the last commentary of the evening dwelt on the need to expand our sense of self, beyond our own physical bodies. Through recognition of everyone as our sisters and brothers, even as our very selves, we see the harm of our actions and will begin to change our behavior. That sounds like a great topic for an entire evening’s dialogue.

Questions for personal reflection, as moderator:

Posted with : Social Discourse, Climate Change, On the Subject of Religion