The Long Wait: A Journey Toward Solar Power

Twenty-something years ago, not long after the Exxon Valdez disaster, I wrote a research paper on solar power for my middle school Earth science class. I’ve been trying to lower my consumption, and looking forward to rooftop solar, ever since. The wait is finally over.

Well, almost. The panels are on the roof, but now I have 4-6 weeks to wait until the electric grid company (Oncor) comes out to inspect. 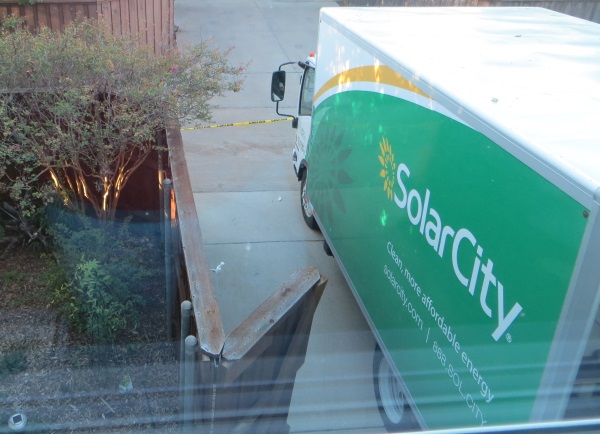 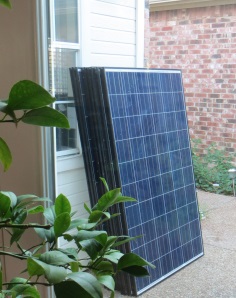 Chernobyl was probably the first environmental disaster I knew about as a child, and the news coverage brought me a measure of awareness of energy issues. But it was the Valdez that traumatised me with the full realization of how destructive of nature humanity can be. That was a pivotal occurrence in this young environmentalist’s development, fed by stories in USA Today, Newsweek, and National Geographic.

It was also around that time that I first learned about climate change. Somehow I had come across the discredited idea from the 70’s, that we were heading for an ice age. Wanting to know what happened, I went to the public library. Instead of heading straight for the Choose Your Own Adventure collection, I found my way over to the adult nonfiction, and picked up Ice Ages: Solving the Mystery.

Although I may have heard about it elsewhere as well, this book is the source I remember. And it opened my eyes to exactly the same findings that, as the public is only now learning, a certain oil company also well understood in the 80’s: that the Earth is in fact warming, potentially catastrophically. #ExxonKnew. Thanks to the magic of Google Books, I was able to find the tell-tale chart that likely set me on the path of renewable energy activism. 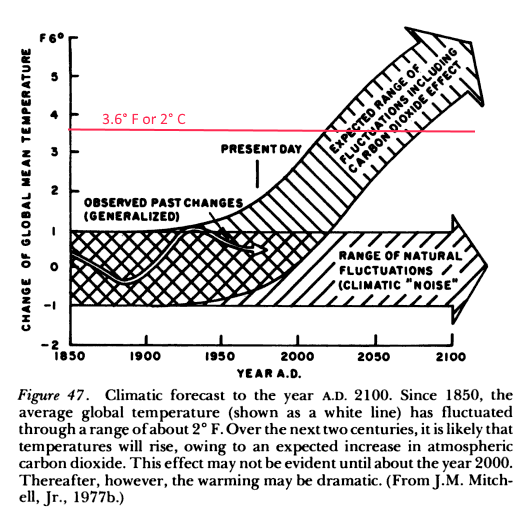 Red line added by me, showing the “magic” number of 2° C.

Chernobyl, Valdez, Global Warming. These taught me, as a “tween”, that humanity needed clean power. (For general environmental awareness, sprinkle in a dose of rainforest destruction, whale hunting, acid rain, and the ozone hole). But the solar dream, now that really kicked off with the 8th grade paper.

For so many years now, it has only been that - a dream. Fast-forward through continued school, apartment living, a house covered in ice half the year, another apartment, and finally settling down… by now the costs have come down, and the payback is more than just ethical “good feelings.” My only regret is that my home’s digital smart meter won’t literally run backwards when we throw that switch and power on. My long wait for solar is just about over. Apologies for the navel-gazing - but I just had to share my excitement.

One of four banks of panels arrayed across the house.