Author Neal Stephenson, in his essay “In the Beginning… Was the Command Line,” memorably compares our graphical user interfaces to Disney theme parks: “It seems as if a hell of a lot might be being glossed over, as if Disney World might be putting one over on us, and possibly getting away with all kinds of buried assumptions and muddled thinking. And this is precisely the same as what is lost in the transition from the command line interface to the GUI. (p52)

With new programmers whose experience has been entirely mediated through an IDE like Visual Studio or Eclipse, I have sometimes wondered if they are understanding the “buried assumptions” and suffering from “muddled thinking” due to their lack of understanding of the basic command line operations that underlie the automation provided in the IDE. I still recall when I was that young developer, who had started with nothing but the command line, and realized that Visual Studio had crippled my ability to know how to build and test .NET Framework solutions (setting up an automated build process in Cruise Control helped cure me of that). 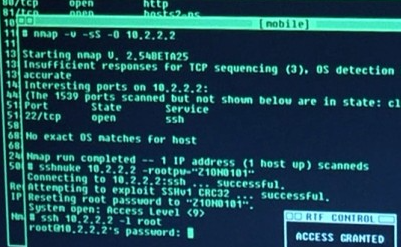 Many developers eventually learn the command line options, and the level of comfort probably varies greatly depending on the language. This article is dedicated to those who are trying to understand the basics across a number of different languages. It is also dedicated to IT workers who are approaching DevOps from the Ops perspective, which is to say with less familiarity with the developer’s basic toolkit.

TIP: an IDE is simply a GUI that “integrates” the source code text editor with menus for various commands and various panels to help you see many different types of additional project information all on one screen.

To be clear, this article is about typing commands rather than clicking on them. It is the difference between pulling up a menu in the IDE:

and knowing how to do this with just the keyboard in your favorite shell:

ASIDE: what do I mean by shell? That’s just the name of the command line interpreter in an operating system. Windows has cmd.exe (based on the venerable MS-DOS) and PowerShell. Linux and Unix systems have a proliferation of shells, most famously Bash.

Why would you want to use the shell when there is an easier way by clicking in the IDE?

On that last point: honestly, I learned Linux back in the ‘90’s because I thought it was cool. That might be a terrible reason. But it is honest. Thankfully I didn’t have the same impression of smoking!

Programming languages can be divided into those that are interpreted and those that are compiled. Interpreted code, often called scripts, are written in plain text and executed by an interpreter that translates the text into machine instructions on the fly. Compiled code must be translated from plain text into machine instructions by a compiler before it can be executed. This tends to give compiled code an advantage in performance, as the machine instructions are better optimized. But this comes at the cost of having to wait for the compilation process to complete before you can test the code, whereas interpreted code can be tested as soon as it has been written, with no intermediate step. Another difference is that the compiled code requires instructions on how to combine files, usually provided through a special configuration file.

Both paradigms are good. And both have command line interfaces that control many aspects of the programming experience. For the purpose of this article, the primary difference between them is the compile or build command that is not used for interpreted languages. In one sense, the CLI for compiled code essentially exists for the specific purpose of compiling that code so that it becomes executable, whereas CLI’s for interpreted code are there for the purpose of execution. Everything else they do is just convenience.

TIPS: Every shell has a prompt indicating that it is ready for you to type input after the prompt character; > and $ are two common prompt characters. Thus when retyping the command, you would type “make” instead of typing the literal text “> make”. The # symbol is commonly used to indicate that this is a comment, and the command line interpreter will ignore that line.

Modern software often uses purpose-built components developed by other people, a little like buying tomato sauce and pasta at the store instead of making them from scratch. To minimize the size of a software product’s source code, those components, which are also called “dependencies”, are not usually distributed with the source code. Instead the source code has some system for describing the required components, and both CLI and GUI tools have support for reading the catalog of components and downloading them over the Internet. These components are often called packages and the process of downloading them is called restoring or installing (as in “restoring the package files that were not distributed with the source code”).

The package definitions themselves are a sort of source code, and the “packaging” is usually a specialized form of zip file. A little like a compiled program, the package file needs to be assembled from constituent parts and bundled into a zip file. This process is usually called packaging. Then the package can be shared to a central database so that others can discover it; this is called publishing or pushing the package.

The following table lists out some of the common dependency management tools and a description of the file containing the dependency list for some of the most popular programming languages. Note that some languages / frameworks have multiple options.

… and I’ve left out more for Ruby, PHP, and other languages for brevity.

* In most of these cases, the dependency list is integrated directly into the main project file, except where noted with an asterisk.

Testing and Other Concerns

Most programming languages have packages that allow the developer to build automated tests directly into the source code. Normally when you run the software you don’t want to run the tests. So execution of the tests is another command that can be run through a CLI or an IDE.

Software is prone not just to bugs, which are (we hope) detected by automated tests, but there are also automated ways to evaluate coding style and quality. These processes are yet more bits of software, and they typically have a CLI. They include “linters”, “type checkers”, and more.

Many of these tools are standalone executable CLI’s. Here are some example commands for various tasks and languages:

Earlier I mentioned project files. These are always used with compiled code, and used with some interpreted languages as well in order to help manage and create packages. These project files provide information include:

Many of these project files allow you to build additional commands, sometimes very sophisticated ones. A simple example is the set of scripts in a Node.js package.json file:

Typing either node run start or yarn start (if you have yarn installed) will cause two commands to run: yarn build and nest start. The first of these refers back to the second script, so yarn start is implicitly running nest build && copyfiles src/**/*.graphql dist before running nest start. Each of these is a command line operation, and the scripts here simplify the process of using them. Yes we have a bit of abstraction, but it is all right there in front of us in plain text and therefore relatively easy to dig in and understand the details.

Project files can become rather complex, and some project files are rarely edited by hand. This is particularly true of the msbuild / dotnet project files for Microsoft’ .NET Framework / DotNet Core. For the purpose of this article, it is enough to know that project files exist and sometimes they include scripts or “targets” that can be run from the command line.

We’ve already seen arguments in several examples above. Here are some more:

The last example introduces something new: command line options. An argument that begins with -, --, or sometimes / signals that an “optional argument” is being provide. Note that the first argument is usually a verb, like “start”, “run”, or “compile”, and we can refer to that verb as the command. That last example was also specialized in that the word “nuget” appears before the verb “push”; this is an interesting hybrid command where the dotnet CLI tool is being used to run nuget commands.

In this case, the -k could also be written in a longer form as --api-key. Having both a short and a long form of optional argument is very common. The string that follows -k, “abcd12345”, is the option’s value.

Some CLI’s have bewildering array of commands and options. This is where you start to see the value of the GUI / IDE: at some point it is simpler to just click a few times than remember how to type out a long command. Maven (> mvn), for example, has so many commands that I can’t find a single list containing them all. The DotNet Core tool (> dotnet) also has a lot of commands, each of which has its own options, but these at least are centrally documented.

To find more documentation, you can usually do a web search like “mvn cli”. Or, most tools have help available through a help command or an option:

Just try those with the tool you are trying to learn about and see what happens.

Armed with this surface level knowledge, a new programmer or IT operations staff person will hopefully have enough background information to understand the basic operational practices for developing high quality software. And in understanding those basics from the perspective of the command line, the tasks and challenges of continuous integration will, perhaps, feel a bit less daunting. Or at the least, you’ll know a little more about what you don’t know, which is a good step toward learning.

The first image in this article is a screengrab from the film The Matrix. That came out when I was actively working as a Linux system administrator, and I was thrilled to recognize that Trinity was exploiting a real-world security vulnerability that I had, a few months before, fixed by upgrading the operating system kernel on several servers.