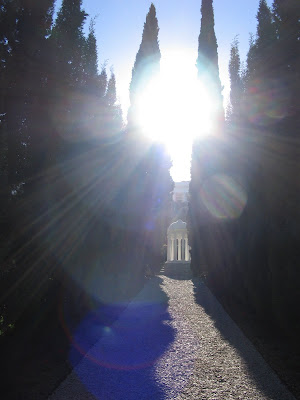 Four members of the “Holy Family” are buried in the second major development of the Bahá‘í World Centre (the prior being the mausoleum of the Báb): Ásíyih Khánum (the “Most Exalted Leaf”, “Navváb”), wife of Bahá‘u’lláh, their children Bahíyyih Khánum (the “Greatest Holy Leaf”) and Mírzá Mihdí (the “Purest Branch”), and Munírih Khánum, wife of ‘Abdu’l-Bahá. Although it is not part of the scheduled tour of holy places, we felt it was essential that we pay our respects to these departed souls, who gave everything to the Faith.

Assessing their individual legacies is difficult today, particularly for the women. Mírzá Mihdí’s death played an integral role in allowing visitors to come to ‘Akká, a story related in many histories. But the roles of the women are unsurprisingly challenging to uncover — although as Bahá‘ís they had unequaled freedom within their own homes, the laws of the land greatly restricted their movements. Recent scholarship has begun to uncover their roles. One example of this is Prophet’s Daughter, which I read and reviewed a few years ago. Thanks to that work, in no place did I feel as physically moved as I did in Bahíyyih Khánum’s room in the House of ‘Abbud. The book The Chosen Highway, reviewed a few days ago, helps shed light on the predicaments of their families, but does little to elucidate the spiritual roles they played: they were more than just supportive spouses/sister. They also played crucial roles in holding the Faith together during the early years after ‘Abdu’l-Bahá’s death, and in encouraging and promoting women in their quest to establish the reality of equality in their families and communities. I look forward to learning more about them — planning on picking up Leaves of the Twin Divine Trees in 2011. 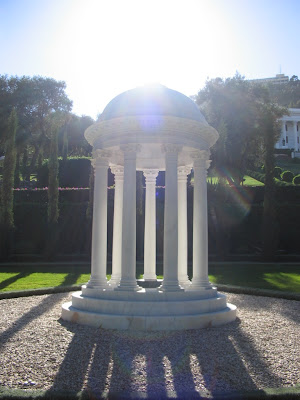 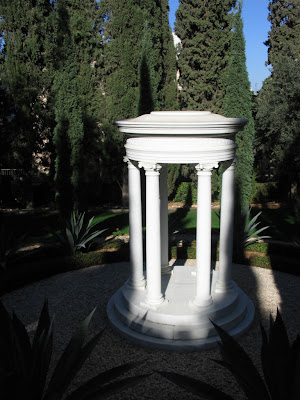 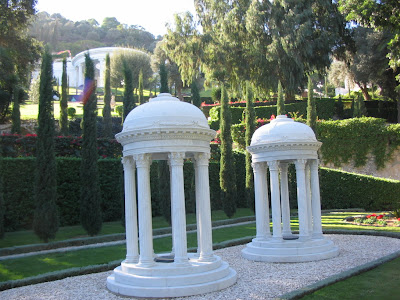 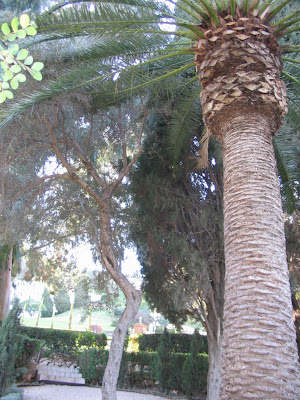 Palm, olive, cypress, and mystery tree in the upper left corner, from the Monument Gardens 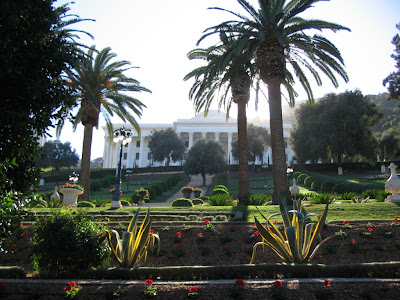 The Seat of the Universal House of Justice, from the Monument Gardens